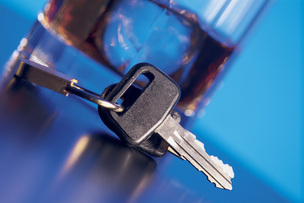 I was the plaintiffs’ attorney in the case of Kilmer, et al. v. Mun, et al., 17 S.W.3d 545 (Mo.Sup.Ct. 2000). This was a wrongful death dram shop claim challenging the constitutionality of the existing Missouri Dram Shop law which required a criminal prosecution against the server of alcohol before a civil claimant could bring their private cause of action. In this seminal case reframing dram shop liability in Missouri, the Supreme Court of Missouri agreed and struck down the criminal prosecution requirement holding that it violated the Missouri Constitution’s “Open Courts” provision. The court’s holding in Kilmer reversed prior law dating back to the mid-1980s and allowed parties who have suffered injury due to the wrongful service of alcohol to bring their claims to court. After remand to the trial court and extensive trial preparation, the case settled at mediation one month before trial for an amount required to be kept confidential. see related article

Subsequent to the Supreme Court’s holding in Kilmer, I testified before Missouri State House and Senate Subcommittees in opposition to proposed legislation advanced by numerous alcohol industry lobbying groups during the 2001 general assembly. The proposed legislation did not pass. Eventually, the 2002 general assembly passed a compromise version of the Missouri Dram Shop law which was signed into law by Governor Holden effective August 28, 2002. Although the new law is more restrictive to plaintiffs’ rights than what existed post-Kilmer, it still provides access to courts, which did not exist prior to the holding in Kilmer.

In addition to testifying before the Missouri Legislature, I have also been interviewed on this subject by a number of legal and general news publications (click here for interview), have participated as guest speaker at a radio call-in talk show, and have written an article in the Missouri Lawyer’s Weekly concerning the state of the then-existing Missouri Dram Shop law. (click here for article) I currently handle dram shop claims from around the state and accept referrals and co-counsel arrangements from attorneys seeking experienced assistance in the handling of these claims.

Justin M. et al. v. MVPD, Inc., et al.: Wrongful death dram shop claim. Plaintiffs were the three surviving minor children of the decedent who became intoxicated at two different bars located in Jackson County, Missouri, after which he was involved in a fatal single-vehicle collision. A confidential settlement was reached on the third day of jury trial in the Jackson County Circuit Court. click here for article

Angelia P. v. Spruill’s International Catering: 20-year-old plaintiff was served alcohol after presenting a borrowed, expired driver’s license identification. After leaving the establishment, plaintiff was involved in a single-vehicle collision incurring just over $20,000 in medical bills but no permanent injury. Settlement was reached without suit for just over the amount of the medical bills incurred.

Joann M. v. Model T, LLC: Dram shop claim involving a husband and wife injured in a cross-over collision in which the oncoming driver was killed. After settling for the deceased driver’s insurance policy limits, dram shop claims were  pursued against the establishment that served alcohol to the decedent. After ingesting alcohol at the defendant’s establishment, decedent obtained a prescription for Ambien® and took two pills shortly before the collision. Plaintiff’s claims against the dram shop were settled without litigation for $125,000.

C.L. and C.D. v. Farrar and Midway Expo, Inc.: Dram shop claim against drunk driver and expo center that served drunk who was visibly intoxicated while attending a rodeo that evening. During pre-trial discovery in the case pending in the Boone County Circuit Court, all claims were settled for all applicable liability insurance policy limits totaling $1,600,000.00. click here for article

M.B. v. Confidential Bar and Restaurant: Dram shop claim against bar that served drunk while visibly intoxicated, who then left and crashed his truck killing himself and injuring his passenger, the plaintiff. After pre-trial discovery, the case settled for insurance policy limits of $500,000.00. click here for article

Barry S. v. Confidential Bar: Dram shop claim against bar that served drunk while visibly intoxicated just prior to 3:00 a.m., who then left and drove the wrong way on Highway 40 striking plaintiff’s vehicle, killing herself and injuring her passenger and plaintiff. At mediation, the case settled for a total amount of $275,000.00. click here for article

G.S. v. Confidential Bar and Restaurant: Dram shop claim against sports bar and restaurant that served drunk while visibly intoxicated, who then left and hit plaintiff as a pedestrian within a quarter mile of the establishment as she was crossing a state highway. At mediation, the case settled for a confidential amount. click here for article

Lester Nokes, et al., v. HMSHost USA LLC, et al., 353 S.W.3d 6 (Mo.App.W.D. 2011) involved a wrongful death dram shop claim against (among other defendants) a bar located at the Kansas City International Airport. The trial court granted summary judgment against plaintiffs and in favor of the defendant bar by holding that the plaintiffs’ wrongful death class could not make a submissible case without eyewitness testimony concerning the physical appearance of the drunk causing the deadly crash, because the Missouri Dram Shop Statute requires such evidence. The plaintiffs appealed to the Western District Court of Appeals arguing that expert toxicologist testimony to the effect that the drunk’s blood alcohol content would easily have caused him to exhibit physical manifestations of his obvious intoxication provides sufficient proof to allow a jury to find that the defendant bar wrongfully served alcohol to the visibly intoxicated patron. On behalf of the Missouri Association of Trial Attorneys, I authored the Amicus Curiae brief in support of the appellant plaintiffs. The Court of Appeals reversed the trial court and held that plaintiffs had sufficient evidence with which to submit the case to a jury.

Kathy B. and Anthony F. v. Fraternal Order of Eagles, et al.: Wrongful death dram shop action against a local eagles club arising out of a fatal collision involving a patron of the Eagles Club who had been served alcohol prior to leaving the club.  Shortly thereafter, the drunk driver collided head-on with a vehicle being driven by plaintiffs’ 26 year old daughter on Highway Y in Crawford County, Missouri, resulting in their daughter’s death.  The drunk driver’s BAC was found to be .246 two hours after the crash at Mercy Hospital where she was air lifted.  Defendant Eagles Club denied liability claiming that the drunk driver only had a couple of drinks and was not exhibiting any visible signs of intoxication prior to her departure from the Eagles Club.  After taking depositions of 17 witnesses, the case against the Eagles Club settled for just under its liability insurance policy limits.

Neither the Supreme Court of Missouri nor the Missouri Bar reviews or approves specialist designations. Further, past results afford no guarantee of future results, and every case is different and must be judged on its own merits.

Please fill out the form below and one of our attorneys will contact you.